On 27 February Germany’s Bundesliga will kick-off its Youth Ambassador Program in Kenya to develop a group of 35 young adults aged 18-25 into self-asserted community leaders as part of a long-term commitment to grow football internationally.

In partnership with streetfootballworld, Transforming Young Stars of Africa (TYSA) and Bundesliga club TSG 1899 Hoffenheim, the select group of promising youngsters will participate in a 1.5 year-long development program. It will focus on several educational and social components, from personal development to communication for societal change and collaborative work.

Speaking about the program, Bundesliga International CEO Robert Klein said: “As one of the leading sport’s leagues on the planet we understand we have a responsibility to make a positive impact in local communities, using ‘Football as it’s meant to be’ to reach far beyond sports.”

He continued: “The Bundesliga is renowned for the strong communities built around our unique clubs in Germany. Through the Youth Ambassador program we will transport this special quality to Kenya as these young role models serve as educators across the region. The Bundesliga is proud to support this new initiative as we continue to inspire future generations both on and off the pitch.”

During the program, the young leaders will acquire general football coaching capabilities and learn how to utilise the game as a tool to teach life skills and educate others on different challenges in daily life. They will become influencers in their local communities and engage with their peers on social media through their shared passion for the Bundesliga.

Pay Television Company StarTimes Media who are the exclusive broadcasters of the Bundesliga in Kenya lauded Bundesliga International for their long term strategy in the country noting that, as the official broadcaster, they are proud to not only entertain soccer fans through live matches but equally by bringing the Bundesliga experience through such initiatives.

“As the exclusive broadcaster of the Bundesliga in Kenya, we are happy to associate with a league that has progressively shown their long term commitment not just through live Bundesliga matches to our subscribers but equally bringing on board the much needed practical league experience to our upcoming soccer players. We congratulate the 35 youth ambassadors as we look forward to seeing them put the skills they learn to good use for themselves and their colleagues alike,” said StarTimes Regional Marketing Director, Mr. Aldrine Nsubuga.

TSG 1899 Hoffenheim Managing Director, Peter Görlich, added: “In addition to the commitment to high-performance sport and as a key-player in German professional football, TSG Hoffenheim’s DNA also includes the development of innovations and the commitment to social responsibility. Through such initiatives, projects and commitments in a regional, national and international context, TSG pushes our values under the motto ‘TSG is movement’, a strategy for the future, through which one’s own development and social added value form a unit. One area of action for this strategy is defined by the African continent, where TSG Hoffenheim has been involved in various programs for several years, and in some cases has taken over local responsibility. Health, innovation, social and ecological responsibility have a big impact here. We are therefore very happy to expand our engagement in Africa and to be part of the ‘Bundesliga Youth Ambassador’ program in Kenya to support the local community and to promote the development of the country.”

The Bundesliga is a league that always puts its fans first, bringing them together across all areas of life. The Youth Ambassador Program is an important part of the league’s unique philosophy to embrace the social dimension of football and convey the values and ideals of ‘Football as it’s meant to be’ to younger generations around the world.

Throughout the course of the program, the ambassadors will participate in weekly educational and football coaching sessions delivered by the organisations supporting this project. Once they have acquired the relevant skills, they will put their newly developed qualities to use for years to come as part of a long-term approach. Together they will be using football as a tool to teach an understanding of fairness and equality, autonomy and how to handle frustration and emotions appropriately.

As part of a five-day kick-off event in Nairobi starting on 27 February, the young leaders will join training sessions led by TSG 1899 Hoffenheim, develop their interpersonal and life skills, and experience the unique atmosphere of the Bundesliga games as part of an exclusive watch party on Matchday 24.

The Bundesliga is taking the next step in expanding its eFootball tournaments across the world as it launches the Virtual Bundesliga (VBL) International Series 2020. As part of the competition online and offline tournaments will take place in multiple countries…
Read more 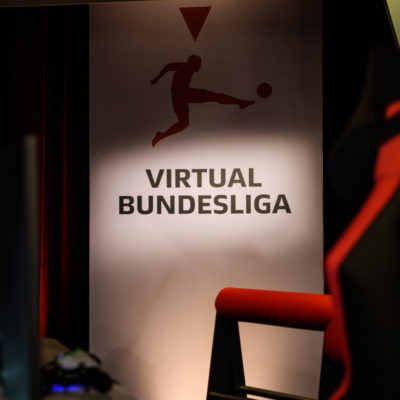 Some of the biggest names in German football, such as Thomas Müller and Mario Gomez, have lent their support to the #wirbleibenzuhause (we stay at home) social media campaign. The hashtag was initiated by the German Federal Ministry of Health…
Read more 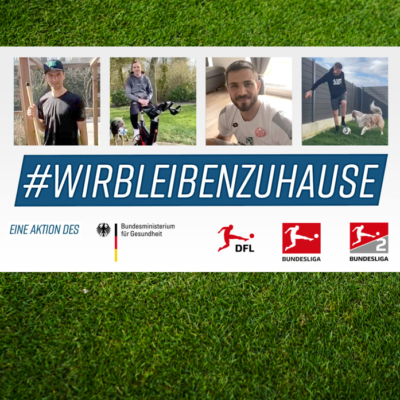